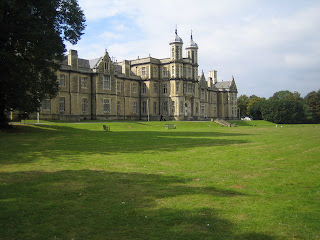 A paedophile, trusted by a string of parents to look after their young daughters and share teaching from the Koran, has been caged for three years and three months for a campaign of sick abuse.

Ashraf Miah, 38, of Joseph Street, Bow, East London abused half a dozen girls – one age only four years-old – and has been placed on the Sex Offenders Register for life.

He was convicted at Snaresbrook Crown Court (pictured) of thirteen charges of sexual assault by touching against the six girls during 2005 and 2009.

Miah was entrusted to teach young females and to read from the Koran either at his home address or at their address.

He was arrested in November 2009 for offences against two of the girls and detectives from the Child Abuse Investigation Team discovered four more victims stretching back several years.

Miah was also slapped with a lifetime ban from working with children.

Detective Sergeant Martin Bird from the Child Abuse Investigation Team, said: “The tragedy of this case is that a highly respected member of the community took advantage of their position of trust.

“It goes to show that even if someone thinks they have got away with it at the time, young people are brave enough to come forward and testify at court.”