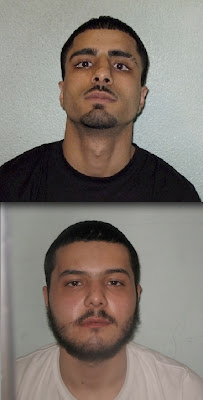 Two rival gang members involved in a dramatic late-night shootout in a busy Hackney street have been branded dangers to the public and locked-up for a total minimum of twelve years.

Ozdemir was a pillion motorcycle passenger in Kingsland Road at 10pm on April 14, last year when Naroei, who was with a group of men, suddenly opened fire, causing the bike to topple over.

Ozdemir ran towards nearby shops for cover and returned fire on Naroei.

Detective Constable Neil Whitbread of Operation Trident – which specializes in investigating violent black-on-black crime in the capital said: “The judge recognised that this was part of a gang conflict and that both men had gone on the streets armed, showing no regard for the safety of the public, and this has been reflected in the sentences.

“These are two people who were known gang members for several years and we are happy that the streets are a safer place with them in prison.

“This was a reckless act played out between two rivals in a busy Hackney street.

“Shots were fired by both parties with no thought to the risk they posed to innocent members of the public, who unbelievably were not injured.

“Operation Trident is committed to taking men of violence off the streets.

“Working with the community, we will continue to work tirelessly in order to bring the perpetrators of such crimes to justice."

As a result of the incident, a 21-year-old man received a gunshot wound to his leg and was discharged from hospital the following day.