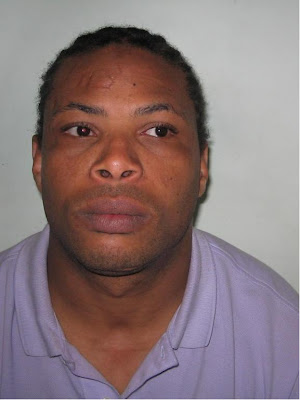 An armed robber recruited by a notorious gang – who snatched £500,000 during a series of audacious nationwide raids – has been locked-up for seventeen years.

He was recruited by a South London gang responsible for eighteen robberies and attempted robberies across southern England between April 2006 and September 2007.

They targeted cash-in-transit security vans and carried out raids from Bristol in the West to Ipswich in the East and were smashed when two robbers were shot dead by police in Chandler’s Ford, Eastleigh, Hampshire on September 17 2007.

Seven members of the gang were sentenced in November 2008.

Detective Inspector Terry Wilson of the Metropolitan Police Service’s Flying Squad, said: ”This investigation demonstrates the ability of the Flying Squad to convict those responsible for armed robberies through professional investigations.

“The results do not though overshadow the fact that during the commission of one offence two men were fatally shot by police officers.

“The death of any person as a result of police action is deeply regrettable.

“We are a bespoke unit targeting those who commit these types of crimes.

The fact we exist, along with today's sentences, should serve as a warning to all those who would consider committing such an offence.

“The fact that the majority of the offences have taken place outside of London did not limit our ability to investigate.

“Many of the defendants convicted had previously come to the attention of the Flying Squad and as a result chose to operate outside of London in an attempt to avoid attention.

“We have excellent working relationships with other forces and this partnership allowed us to pursue the team across Southern England.

“The assistance of other constabularies, in particular Avon and Somerset and Hampshire, was essential in achieving success in this case.

“I would also like the public to note that although these offences may be seen as 'victimless crimes' the truth is far from it.

“These offences not only left many of the guards traumatised, but also would have an impact on the people whose homes were burgled to steal the cars the robbers used.”

The Flying Squad launched Operation Hurlock to smash the gang and carried out extensive surveillance to collect damning evidence.