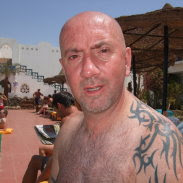 He pleaded guilty at Uxbridge Magistrates Court on February 7, to two counts of handling stolen goods and due to the seriousness of the case was committed for sentence to Isleworth Crown Court.

The Heathrow Airport employee, who enjoyed privileged access to aircraft and their contents, helped thieves cash-in the stolen items at a local pub.

The first-time offender was sentenced to six months imprisonment, suspended for two years, was ordered to perform 100 hours community service and pay £350 costs.