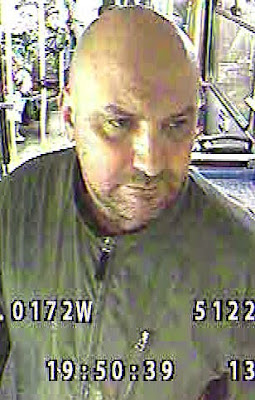 Police are hunting this angry bus passenger who attacked the driver after missing his stop.

Officers from the joint Metropolitan Police Service and Transport for London Safer Transport Command Workplace Violence Unit are appealing for information, which will identify the suspect.

He was on board a 119 bus in Park Street, Croydon at 8:00pm on January 13 and launched a violent attack on the driver after missing his stop.

The suspect punched through the driver’s protective screen and assaulted him before making off.

The victim did not require medical attention.

The suspect is described as a white man, bald, of stocky build and wearing shorts with a flower pattern.

Anyone with information is asked to contact Detective Constable Dan Kelly, of the Workplace Violence Unit, on 020 3054 5402 or to speak to Crimestoppers anonymously call 0800 555 111.