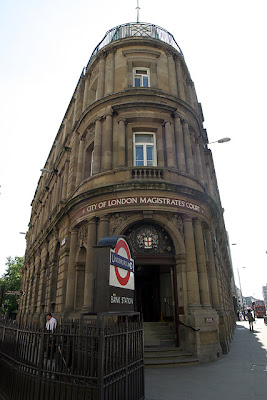 A struggling medical graduate – caught by police “eratically” riding his scooter while nearly double the drinks limit and with a girl passenger on the back – has been fined and banned from the roads.

The court heard police officers spotted first-time offender Marshall travelling along London Wall at 11pm and were concerned about the nature of his riding.

He was stopped and admitted he had consumed a few pints and officers noticed a smell of intoxicating liquor on his breath.

Marshall failed a roadside breath-test and was later found to have 67 microgrammes of alcohol in 100 millilitres of breath – the legal limit is 35.

The defendant told the court: “I did not intend getting on my motorcycle that evening, but I was asked to give a friend a lift home.”

Marshall revealed his only income was gained from volunteering for drug trials approximately every six months.

“That is the way I support myself while looking for research posts in medical roles,” he told the court.

Marshall was disqualified from driving for seventeen months, fined £65, with £85 costs and ordered to pay a £15 victim surcharge.